News From The Hordes 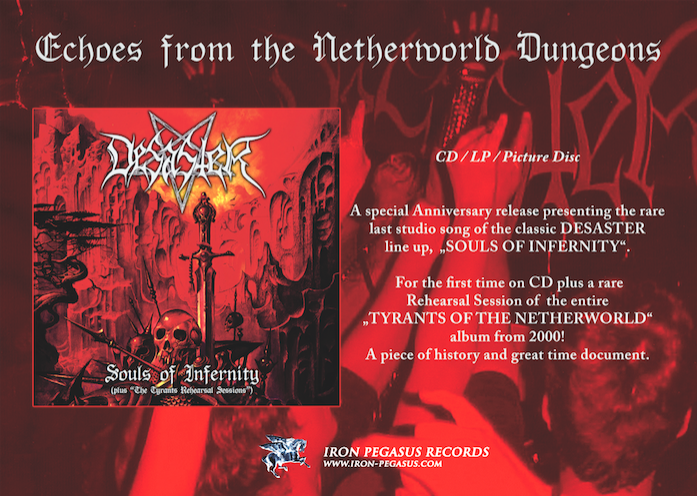 A special Anniversary release !
The final studio track of the classic DESASTER line up, „SOULS OF INFERNITY“,  for the first time on CD plus the entire „TYRANTS OF THE NETHERWORLD“ album as a special „Rehearsal Session“.
These recordings mark the end of an era of the old DESASTER line up feat. Okkulto, Infernal, Odin and Tormentor.
A piece of history and great time document.

After some delays in the pressing plant, new RIPPER material was released on March 13th 2022,
a Split album with lead guitarist’s second band VENUS TORMENT.
On these recordings, RIPPER go back to their roots, pure Death Thrashing aggression.

And these RIPPER releases are still hot and burning… 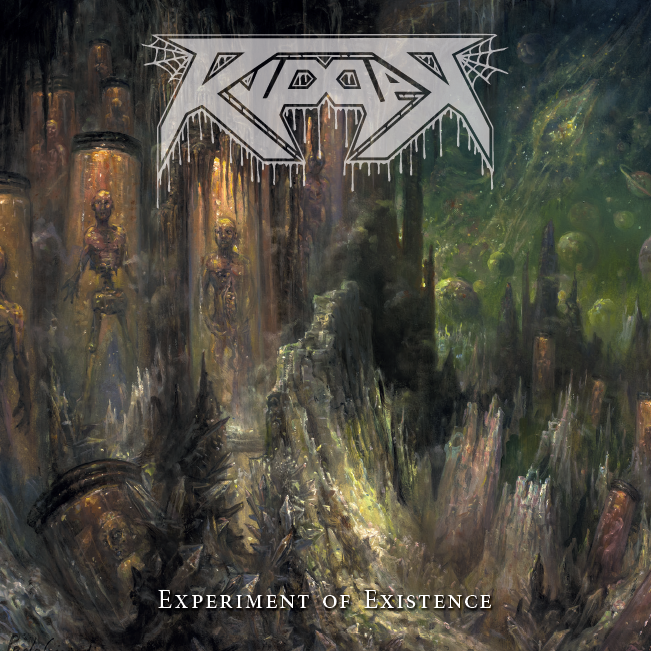 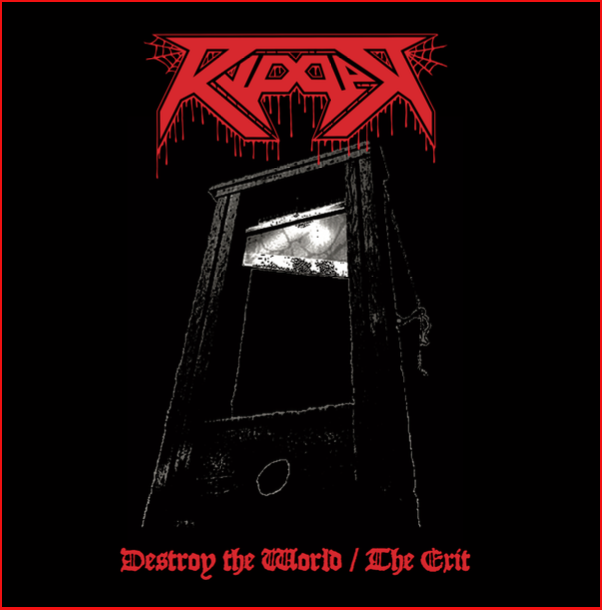 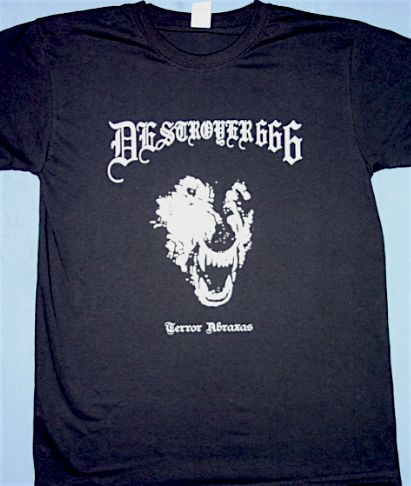 Special DESTRÖYER 666 T Shirt with the classic “Wolf” design
(taken from the new “TERROR ABRAXAS” Vinyl release)  – OUT NOW for all you predators !!! 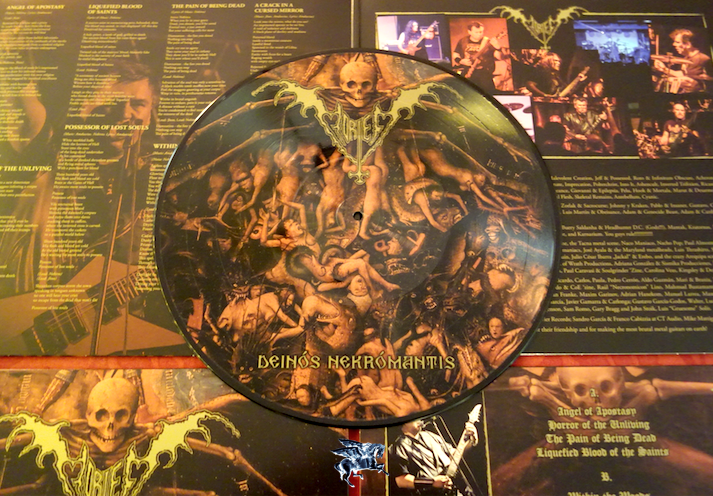 We start 2022 with a release that many headbangers asked for, a Vinyl re-issue of MORTEM’s last crushing studio album „Deinós Nekrómantis“ !  A milestone in The True Mortem (Perú)’s career.
This time with a GOLDEN layout and also out on beautiful Picture Disc plus a full coloured T Shirt has been made! 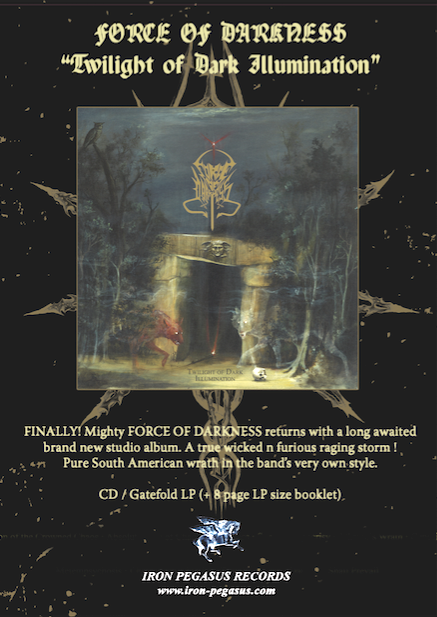 “Twilight of Dark Illumination” is the title of the new FORCE OF DARKNESS album.
A raging thunderstorm of pure Chilean Black Thrash Aggression in the band’s furious style.

The album was delayed due to covid related postal problems between Germany and Chile.
Anyway, the wait is over, the album is finally OUT on CD/ Gatefold LP (+ booklet) !

FORCE OF DARKNESS is Chile’s hidden jewel when it comes to high quality Black Death Metal in the vein of old SARCOFAGO, INCUBUS, SADISTIC INTENT, MORTEM and explosive bands of similar caliber. 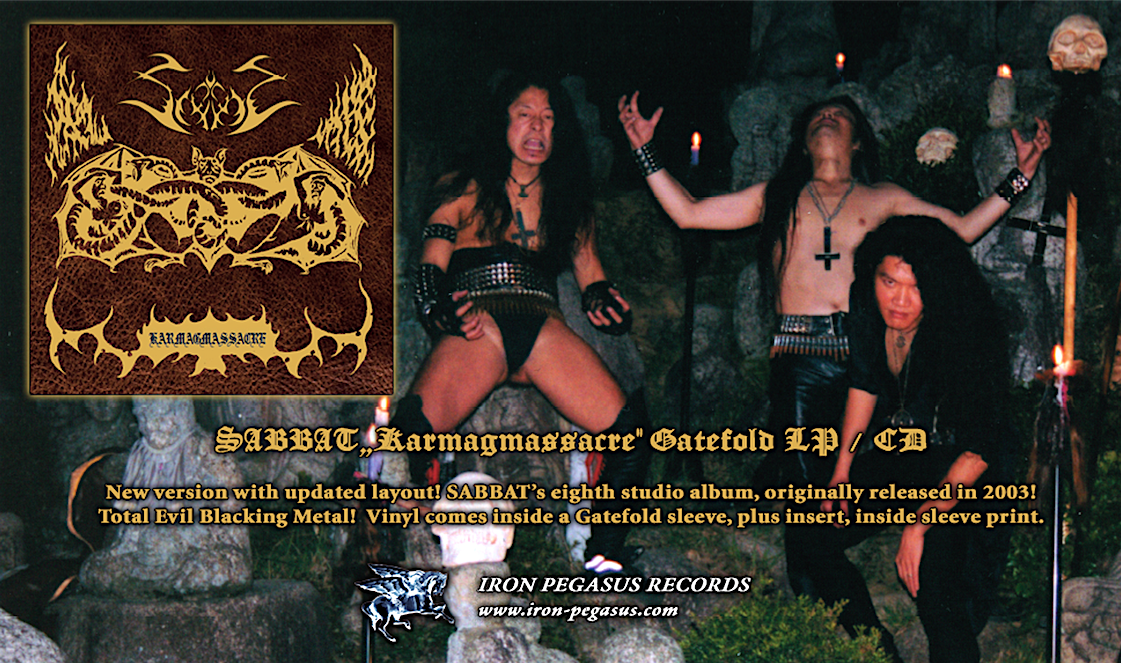 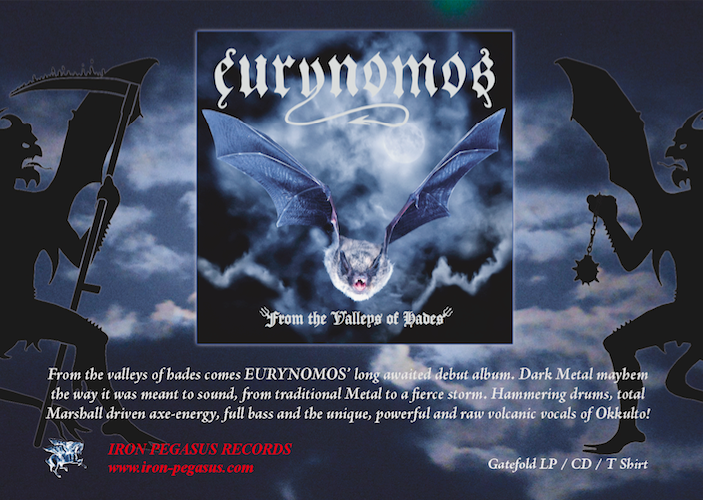 From the valleys of hades comes EURYNOMOS’ long awaited debut album. Dark Metal mayhem the way it was meant to sound, from traditional Metal to a fierce dark storm. Hammering drums, total axe-energy, full bass and the unique, powerful and raw volcanic vocals of „Okkulto“. 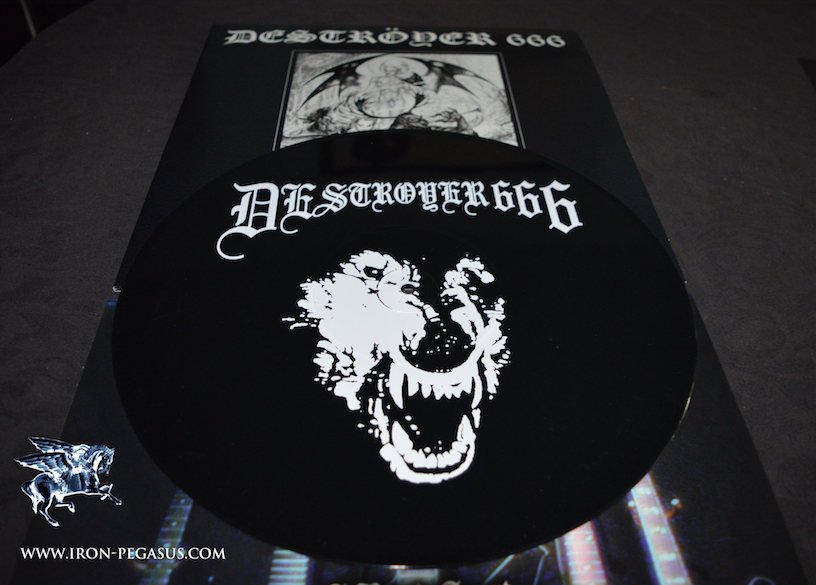 A rarity and true milestone from 2003 finally out again on CD and VINYL, this time as a beautiful one sided silkscreened LP.
Considered one of the very best DESTRÖYER 666 releases by many fans! Incl. „A Breed Apart“, „Trialed by Fire“, etc. ! 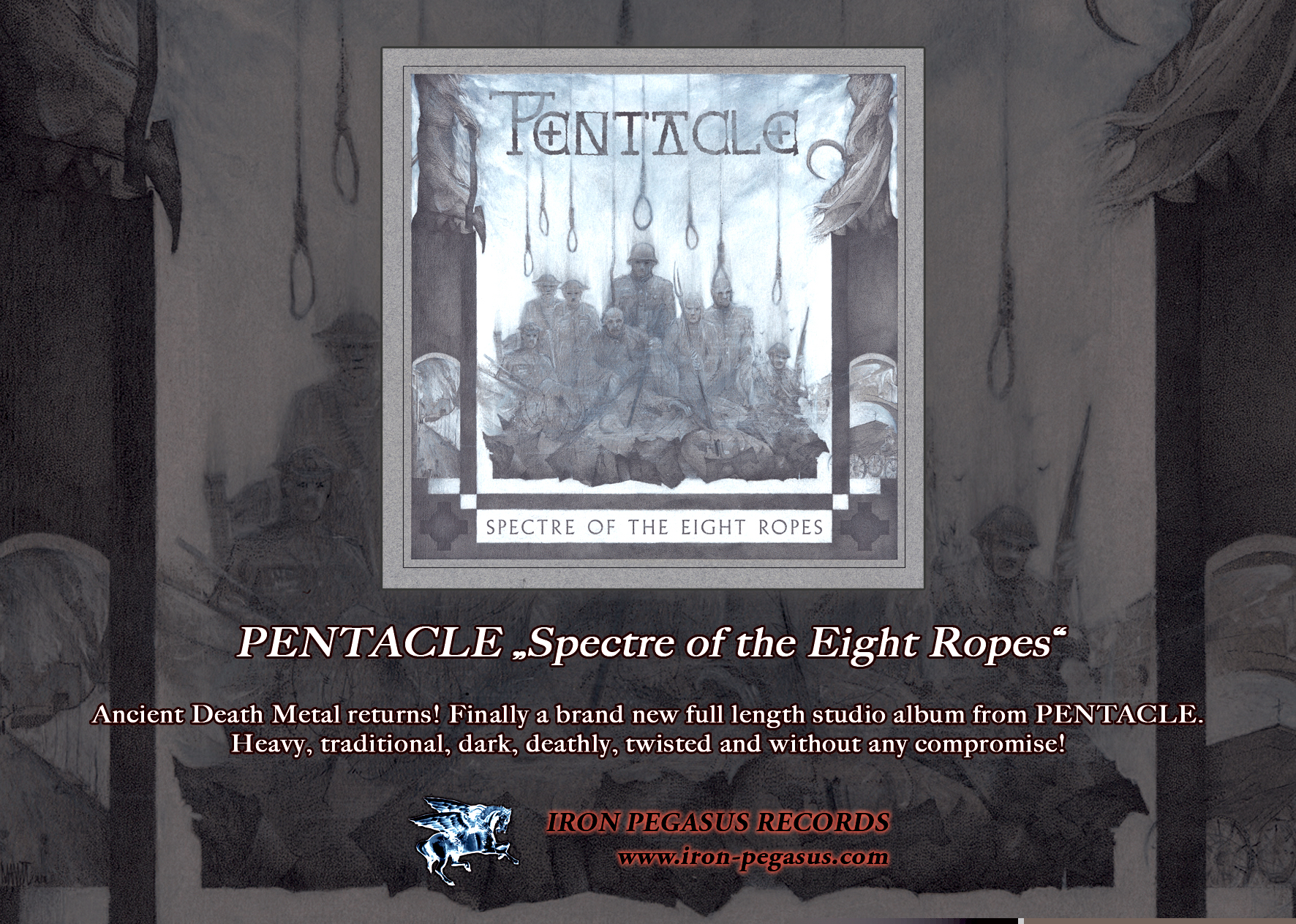 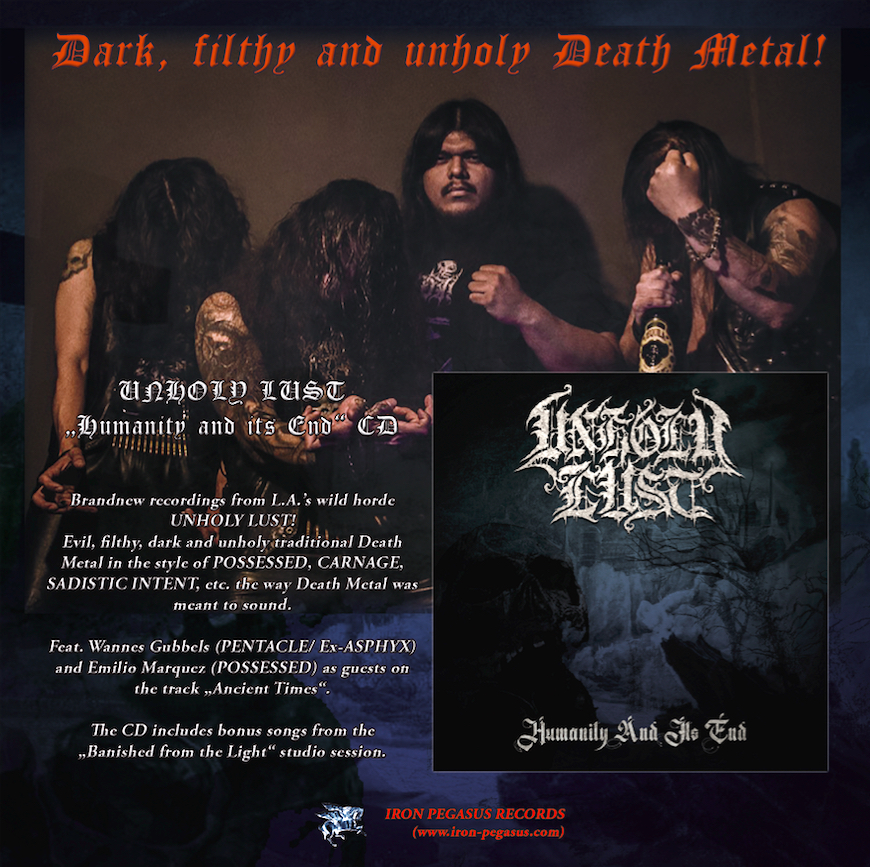 After many requests from Maniacs worldwide,
HELLBRINGER’s debut strike is available again on Vinyl.

Originally released in 2011, when HELLBRINGER arrived deep from the Depths of the Australian underground… 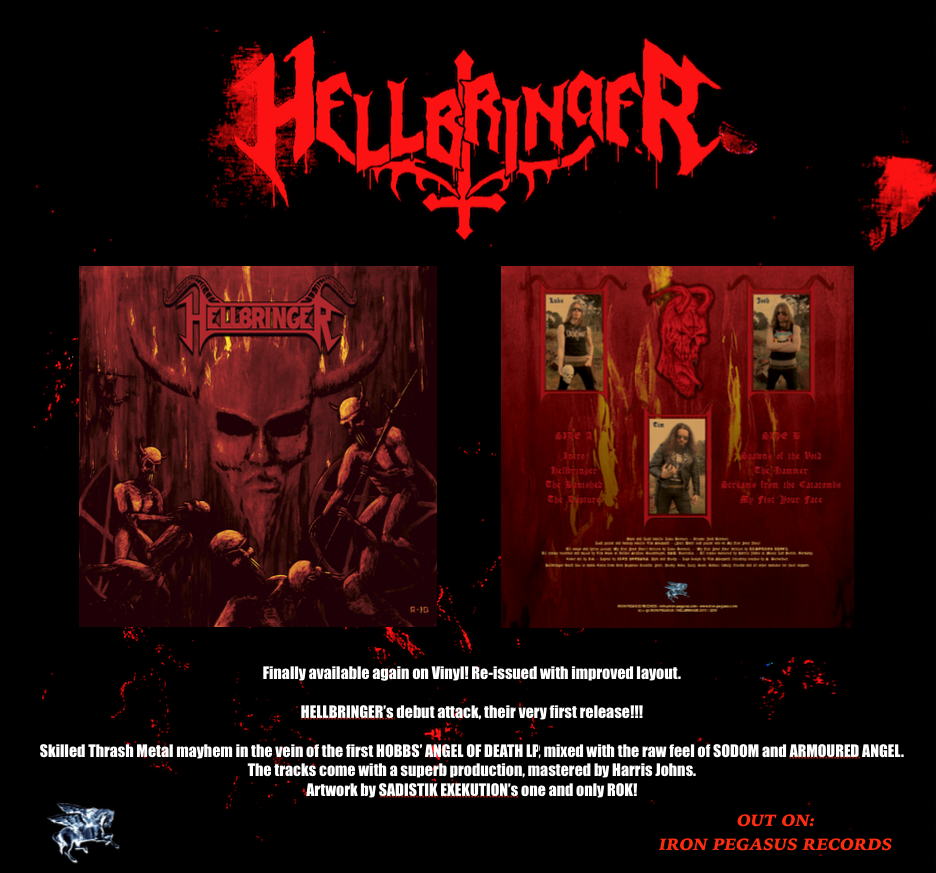 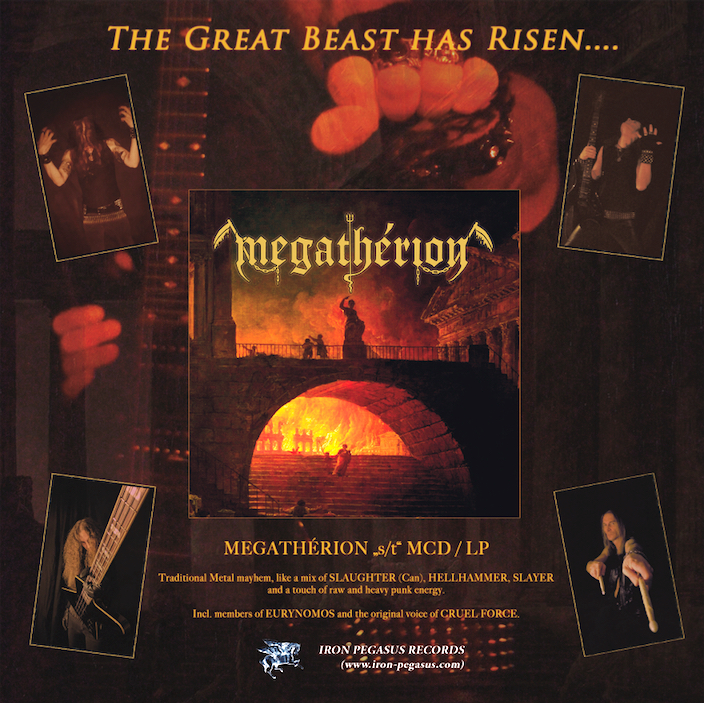 The debut release of a new dark force.

Incl. the members of EURYNOMOS and the original voice of CRUEL FORCE.
Traditional Metal mayhem, like a mix of HELLHAMMER, SLAYER, SLAUGHTER (Can) and a touch of raw punk energy. 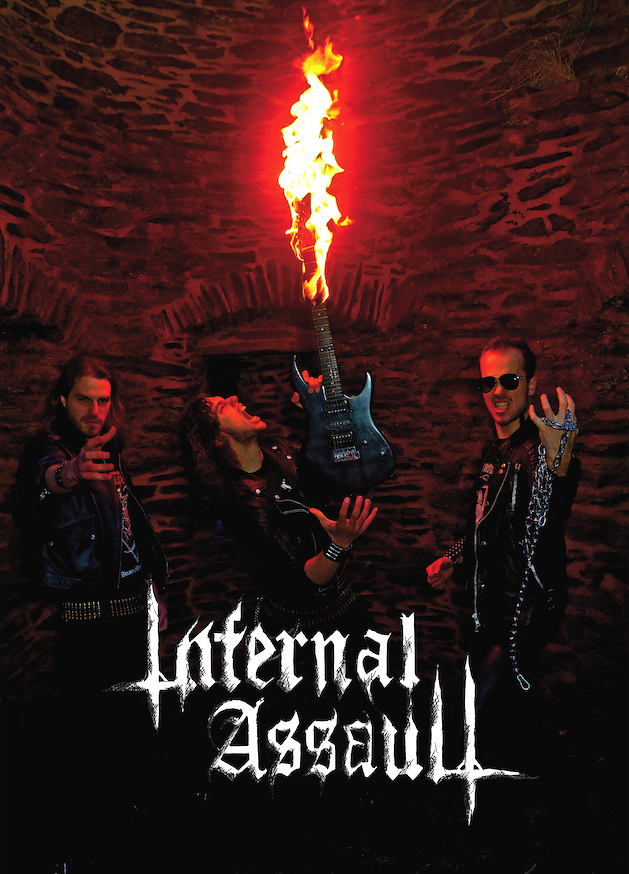 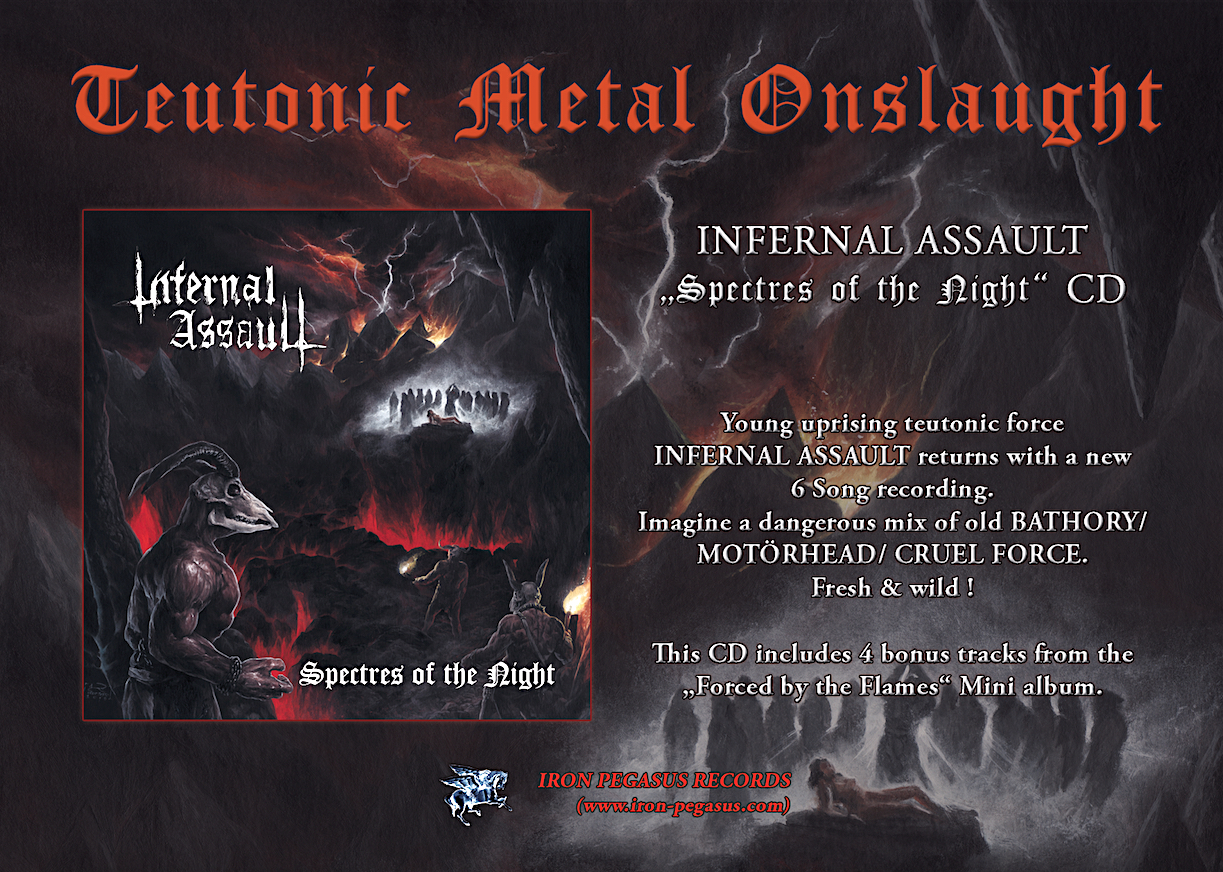 This CD comes with 4 bonus tracks from their „Forced by the Flames“ Mini album. 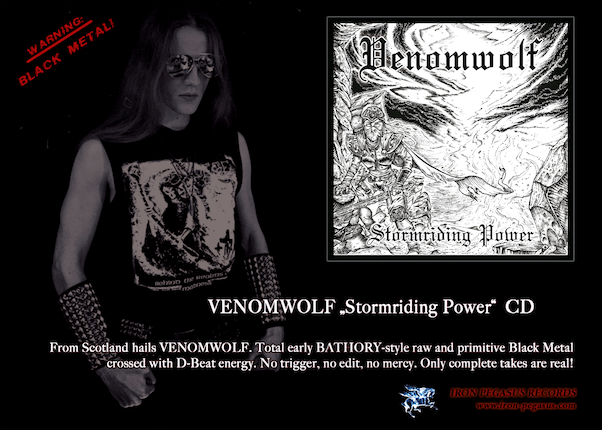 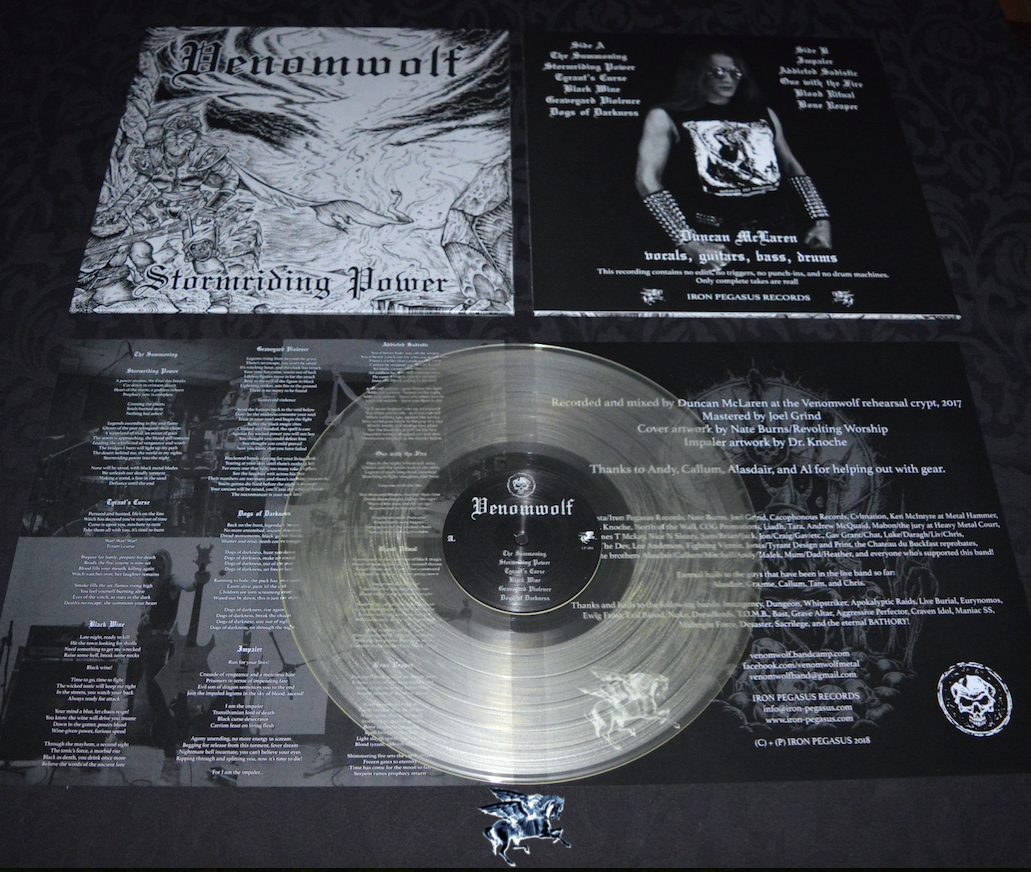 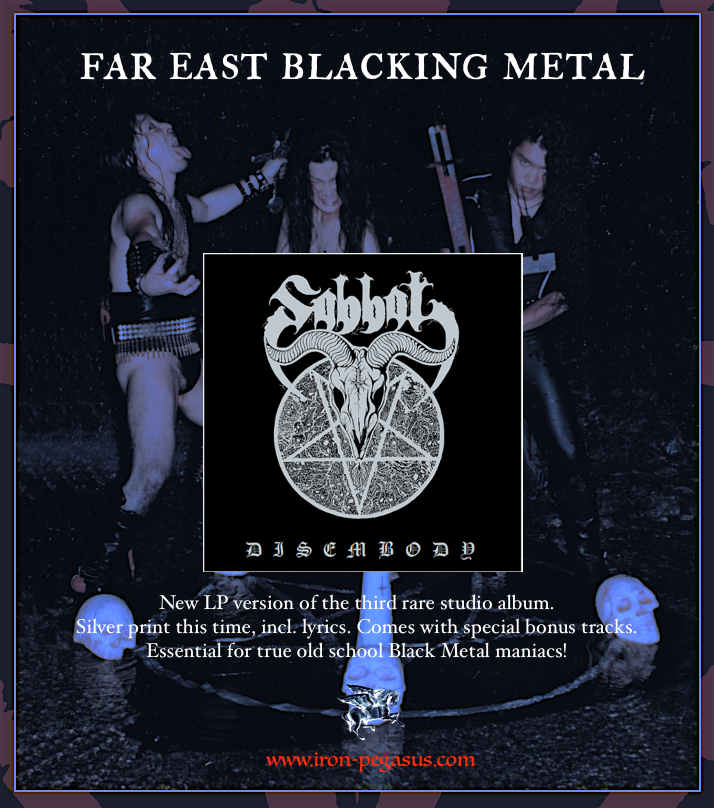 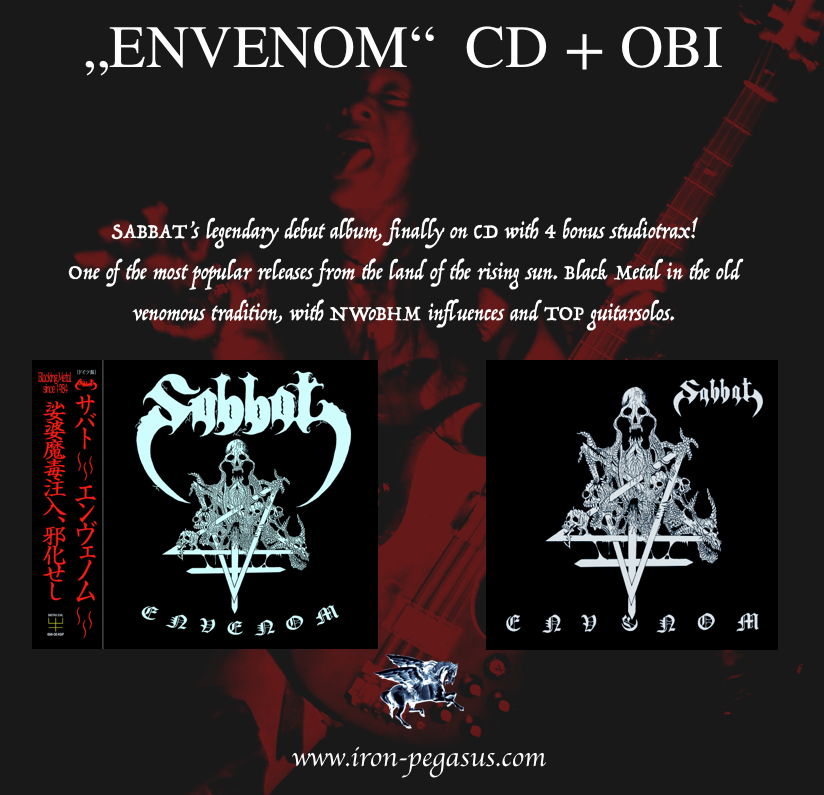 SABBAT’s legendary debut album, finally on CD with 4 bonus studiotrax! One of the most popular releases from the land of the rising sun. Black Metal in the old venomous tradition, with NWoBHM influences and TOP guitarsolos. Incl. Classics such as „Evil Nation“, „Satan Bless You“, etc. ESSENTIAL for all true traditional Headbangers! “Further Down Into The Abyss” new updated LP Version is out.
Also a cool as hell Shirt (see photo)

POISON‘s satanic and dark Thrash Metal was full of fresh influences back then which were VENOM, SLAYER and all the wicked bands from that time, but with an even harder and more extreme expression. This CD should kick the bootleggers asses and offer best quality possible, with old photos, liner notes, etc., done by Guitarist Uli.

Without a doubt, POISON were the most extreme German band in their time when they attacked 1984 with their poisonous Black Steel! A new classic deep from the depths of the underground on Vinyl! AFTER DEATH (feat Mike Browning of NOCTURNUS/ INCUBUS/ Ex- MORBID ANGEL) needs no introduction, and UNAUSSPRECHLICHEN KULTEN are known to the black hordes into occult ‘n’ dark Death Metal.
Comes in beautiful gatefold sleeve. Canadian MEGIDDO are back from the abyss and have recorded a new album, “the Holocaust Messiah”.The Vinyl (LP) is out and available in the shop

Also, the two grim demos “Hymns to the Apocalypse” / “The Heretic” are released on LP!

MEGIDDO are prepaing a European Tour. Originally the band intended to invade Europe this Summer, but they decided to wait until “The Holocaust Messiah” is out first